RIP to Everyone, it seems.

Ed McMahon, Farrah Fawcett, Michael Jackson... even Billy Mays, the infomercial guy that we all love...
What is the deal with this week???
Say what you will about MJ's personal life, he wrote and performed some awesome awesome music. He will be sorely missed in the pop world.
Posted by Lancaster Photography at 7:01 PM No comments:

Each year, Live 105.3 (the San Francisco Bay Area's biggest rock station) hosts a concert festival called BFD. This year's lineup was so-so, but still held two highlights for me:
Now, I'm not a huge fan of TBS, but this show was special because a friend of mine has recently been added to the band's roster. I know Isaac from his work in a Bay Area band called Weslester, whom I have photographed a number of times. In the last few months, he has gone from playing in bars/clubs around San Francisco, to touring the country (and soon, the globe) in a giant bus, playing for thousands of people a night.
I was fortunate to get a hold of him before they came to California, and he got me in backstage for the whole show, which also allowed me to shoot Taking Back Sunday from onstage: 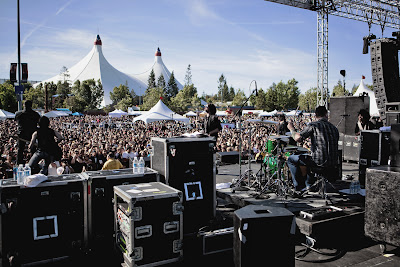 It was a blast! And it was a lot of fun to see Isaac enjoying himself so much with his new gig, not to mention watch as singer Adam Lazzara climbed the scaffolding during the last song, hooked his legs into the metal, and dangled upside down while he sang the final chorus to "Makedamnsure".
The other opportunity that came my way was meeting all the guys in Mute Math.
Upon further contact with their record label the next day, it looks as though I will most likely be shooting for Mute Math when they come to San Francisco in September! Very, very excited about that. 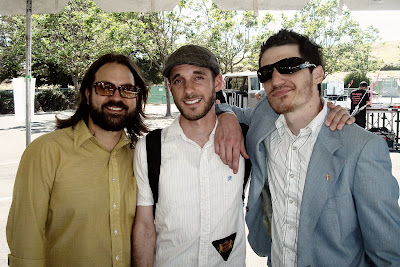 Me (center) with Roy Mitchell-Cardenas and Paul Meany of Mute Math
Posted by Lancaster Photography at 8:12 PM No comments:

I recently had the privilege of shooting Meisha & Dan's wedding at the Berkeley City Club in Berkeley, CA.

Meisha is a model, and Dan is a musician, so naturally they wanted someone who could give them a "rock star" look on their wedding day... and I was honored that they picked me to do the job.

The day went without a hitch, and was a ton of fun. Good food, good people, good times. Now that I've delivered their images to them, I can post a few here:

On March 2nd, 2009 I was hired by the Funk/Rock/Reggae band WhoGas to do a promotional shoot with them for a press kit. It took place at Ex'pression College for the Digital Arts in Emeryville, CA (drummer Chris Paxton is a graduate of the school, and I contact I had from the Funk/Hip Hop/Rock group Nexus).
The school is not only a learning institute, but houses a high-end recording facility that has captured the sounds of artists such as: Dave Grohl (of the Foo Fighters), Sammy Hagar, 3 Doors Down, Jack Johnson, Jimmy Eat World, Bon Jovi, Tears for Fears, Dave Gahan (of Depeche Mode), Tori Amos, and Train to name a few.
Many of these artists performed in Ex'pression's Meyer Performance Hall, which is where this shoot took place. The room contains a 20ft. green screen that we used as a backdrop. 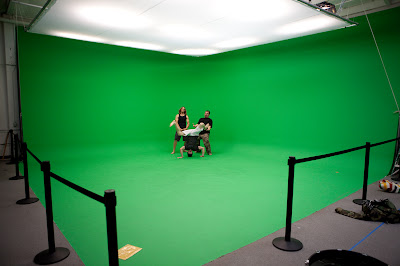 This was my first experience shooting on a green screen, which was a lot of fun. The guys brought a few changes of clothing and we shot for about an hour or so. Below are a few finished shots from the night, as well as a video montage of the entire shoot. 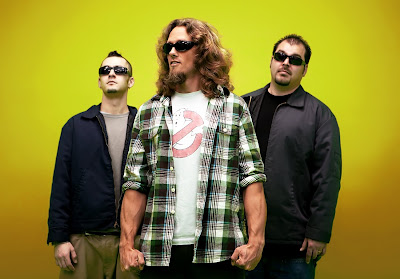 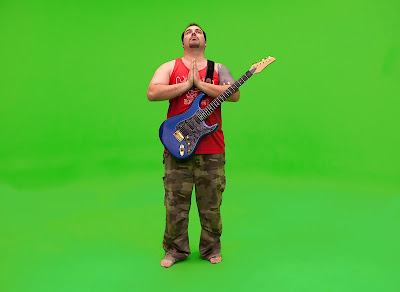 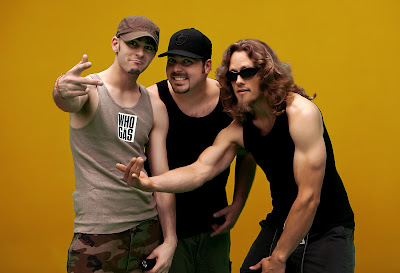 Posted by Lancaster Photography at 11:56 AM No comments:

My gallery (www.LancasterPhoto.net) is strictly to showcase my work, and give straight information (i.e. contact info and pricing). I realized that I had no good way of posting anything personal, so welcome to the Lancaster Photography Blog!
Obviously, I am a photographer. I operate both on my own from LancasterPhoto.net, and sometimes in tandem with my brother under LancasterMedia.net. He (Keith) is a videographer in the Los Angeles area... usually specializing in music events, but we will do the occasional wedding together as a team.
A bit about me:
Contact me about anything. The best way is clay@lancasterphoto.net. I am often out and about, but thanks to technology (i.e. my iPhone) I can get emails all day long. Use it!
I look forward to working with you.
-Clay 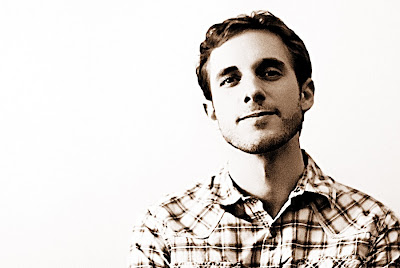 Posted by Lancaster Photography at 1:28 PM No comments: