The Way It Was (Nostalgia) 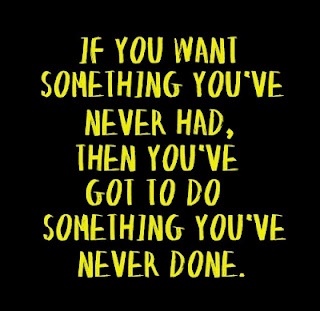 This really has little to do with my photography work. It can kind of relate to the weddings I shoot, though.

I write and shoot for theFIVE10.com (a music webzine). After observing new albums myself, analyzing comments left by our readers, and even listening to my parents talk about stuff, I've come to the revelation that people don't like change. They say they do, so they vote for Obama or something. But really, no one likes unfamiliar territory. That's why the phrase "out of your comfort zone" is so prevalent.

It's a challenge for people to explore new things.

I see it in weddings: same songs for the reception, same decor, same organization of the day...

My honest assessment is that most people are followers, not leaders. Look at the cell phone market. Everyone loves to trash Apple over what "the new iPhone lacks", yet they fail to recognize that NO company had an all-touch screen phone until Apple made one. Now it's simply the benchmark, and how cell phones are designed. Followers.

It's apparent that people don't like to stray from the format. They don't like change... unless everyone else is adopting it, so they feel like they fit in.

I'm guilty of many of the same feelings, and I struggle to adapt sometimes as well. I feel like current society has no sense of respect, or work ethic, or manners, or writing skills (as I post this, I just saw an article saying that reading/writing SAT scores are the lowest they've been since 1972). So even when it's cool to say something like "u r awesome" in a text message, I immediately gripe and assume those people have no language skills.

Not all change is good, obviously. But try to embrace it, and try to make it work for you. Your favorite band did an album that doesn't sound like they did 10 years ago? Try to see it for the style it is now. You're taking all of your wedding planning cues from what has been done by everyone else for 30+ years? Try creating your own way of getting married.

Hell, try creating your own way of living! (as long as you don't hurt people, that is).

A real-life example is, well, me. I saw life and career as the way my dad did it. The "practical" route, so to speak. So I went to college, got a BA in Economics, and started going after finance-related jobs. Eventually it started to kill me, because it didn't work for me. I've always been creative, so I found a new way to make a living. And now I'm the reason you have wedding photos.

For most things, there are no rules. You can explore new ideas. No one is stopping you, so do it! You might be surprised.

This has been a public service announcement from Lancaster Photography.

:)
Posted by Lancaster Photography at 2:47 AM No comments:

Well, I did it. I successfully neglected my blog for the entire month of August. *high five*

For some reason, most of the weddings I've photographed this summer ended up being on the hottest days of the week. I like cooler weather. So, needless to say, it's a challenge for me to throw on a suit and stand out there with a camera when it's 104 degrees outside.

I'm not entirely sure why I'm telling you all of this. Just absorb the information and we'll move on...

Ms. Chelsea Tavis was kind enough to revamp lancasterphoto.net last week. The layout is similar, but much fancier and much more well-presented. Not to mention it's also more social-media-friendly. Check it out!

Now for some photos. August took me to Napa, Livermore, St. Helena, Moraga, and Marshall.  Here is some of what you may have missed lately:


And super-assistant George (with a newly healed and functional foot) scaling the rafters of a barn last night during the reception. The groomsmen hoisted him up onto the first tier, and George climbed his way to the ceiling for some photos. 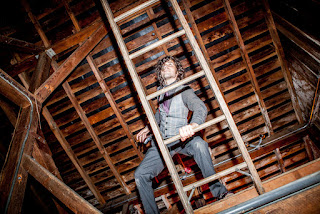 Got lots of editing to catch up on now! Thankfully September is a low-key month this year.
Posted by Lancaster Photography at 5:02 PM No comments: