Well, with the multi-media direction I've been taking lately (as opposed to just still photos), it only seemed fitting to finally revamp the image of Lancaster Media.

In case you weren't aware, my brother and I formed Lancaster Media in 2007 with the idea of being sort of a tag team. In the years following, I focused mostly on wedding and promotional work while he (Keith) began his career as a cinematographer/editor in Los Angeles.

Fast forward a few years, and all of a sudden our interests and fields are starting to overlap again: I've been doing more and more video work, and Keith is headed to Paris this summer to learn some still photography).

Don't worry, I'm still very much for hire if you're getting married! In fact, my schedule is busier than it has ever been.

But to commemorate the resurgence of the Lancaster Media name, here is our new intro/promo:

It's been a little bit since my last post. What I thought was going to be a low-key first quarter of 2012 has quickly become a busy few months.


A few weddings have come and gone, which spanned everything from fancy hotels to city hall, to a rainy spot on the California coast. Here are a few of my favorites:

I got to chat with Foxy in San Francisco for theFIVE10.com before their show at the Fillmore in support of The Darkness. Was a super interesting interview, enhanced by some crazy guy interrupting us in the park and calling me a liar for saying I was Armenian. Which I never claimed to be. Yeah.

I was also recruited to do some media work for a band called Dallas, which resulted in 10-12 hour days at Dallas Ranch here in the San Francisco bay area. Not all of that time was spent "working", but it's been a blast and hopefully there are some cool things coming down the pipeline. 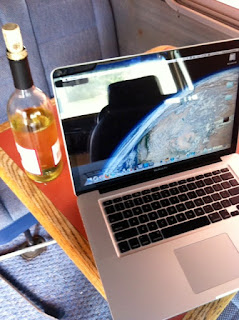 Posted by Lancaster Photography at 2:37 PM No comments: