Remember the 90's alternative bands Live or Candlebox? I certainly do. In fact, the band Live was my absolute favorite for almost a decade. And yes, they were very much still around until officially dis-banding in late 2009 (their last record was 2006). Candlebox, on the other hand, reformed after a few years off and had their most recent record in 2008.

Why am I telling you all this? Because three of the four members of Live formed a new band, and enlisted Kevin Martin (the singer of Candlebox) to front the new group. He also brought with him Sean Hennesy, who has been with Candlebox since 2006. The new collaboration was later dubbed The Gracious Few.

Their debut record hit in Fall of 2010, and was produced by Jerry Harrison of Talking Heads (who had also produced for Live in the past).

Tuesday night the band made it to San Francisco on its last leg of the tour, and performed at The Independent with Jerry Harrison as a special guest on a few songs. Not only was I asked to shoot that night, but we also landed a pre-show interview for theFIVE10.com. Needless to say, this was one of the most important projects I've worked on (for me personally) and they certainly did not disappoint.

Here's a couple of shots from the interview backstage:

Catch the interview soon on theFIVE10.com. It's quite entertaining, and oddly informative.
The show was just straight energetic rock and roll. The band was exceptional (to be expected I suppose... they're all seasoned players) and Kevin's vocals were spot-on, despite his being "under the weather". 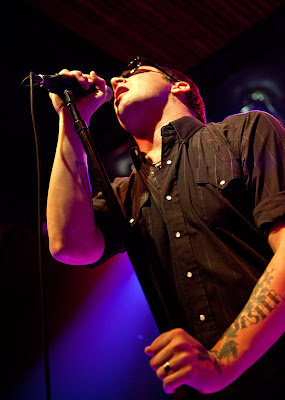 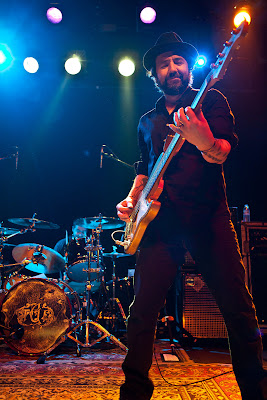 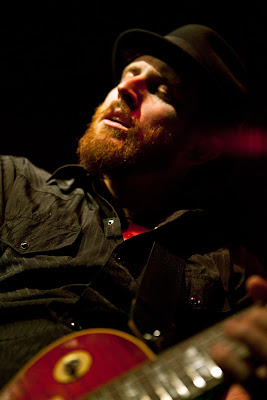 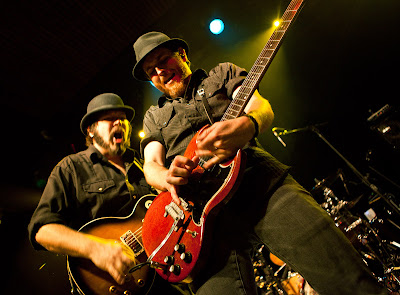 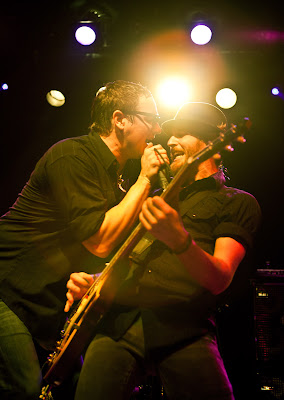 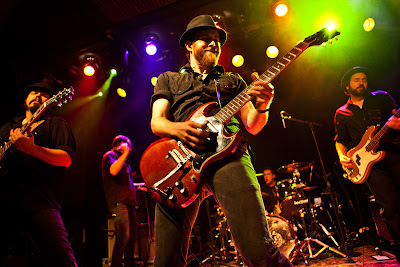 One of the highlights of the evening was a guest appearance by legendary musician and producer Jerry Harrison (of Talking Heads and Modern Lovers fame). Jerry jumped on stage with The Gracious Few to jam along for two Modern Lovers tracks.
The Gracious Few is comprised of: Kevin Martin, Chad Taylor, Chad Gracey, Sean Hennesy, and Patrick Dahlheimer.
Posted by Lancaster Photography at 11:15 AM No comments:

Margaret Cho recently graced us with an interview on theFIVE10.com, and gave us tickets, meet & greet passes, and a photos pass for her show at the Nob Hill Masonic Auditorium in San Francisco. So I hopped in the car with our host JC and headed into SF. Needless to say, the show was hilarious. I think we were two of the only straight guys in the audience. 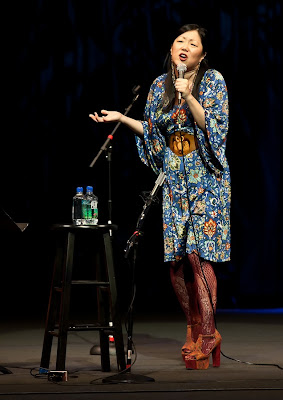 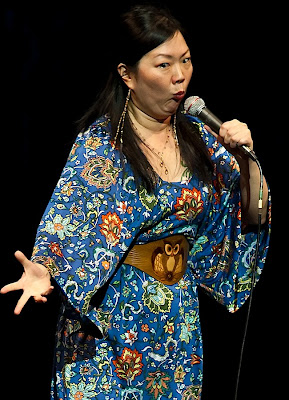 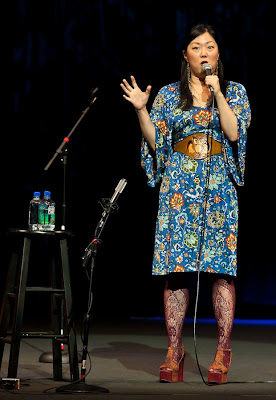 Posted by Lancaster Photography at 1:56 PM No comments:

My birthday was Sunday (yay), the 28th. So as a present to myself, I bought tickets to see Weezer on the 29th and 30th at the Nob Hill Masonic Center in San Francisco. I already had photo passes for both nights, but I wanted to stay and enjoy the whole thing (rather than the 3 songs that press is allowed).

Monday night was show #1, The Blue Album. This was my first attempt at shooting from the back of a room (normally I'm up front in the pit), so it's also my first attempt with a 200mm lens. The benefit from being in the back, however, was the nice little high-five that Rivers slapped me as he ran toward us and up to the balcony.

Here's a few photos from night #1 (The Blue Album): 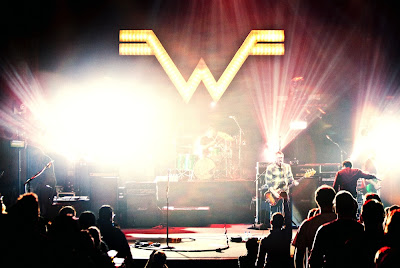 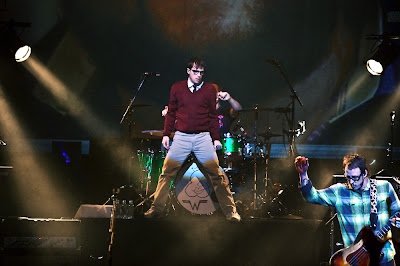 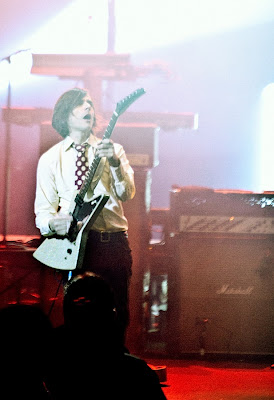 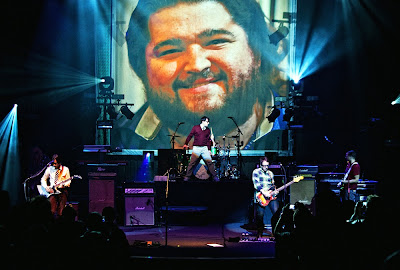 Night #2 was the Pinkerton night. The energy was crazy again, and although Rivers didn't run around quite as much, he sure gave us something to shoot. Rather than a high-five this time, he ran straight up to my lens and sang into it for a bit. Unfortunately I couldn't use a flash.
Photos from night #2 (Pinkerton): 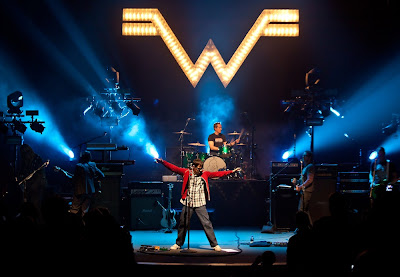 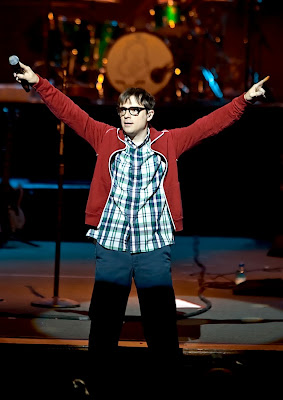 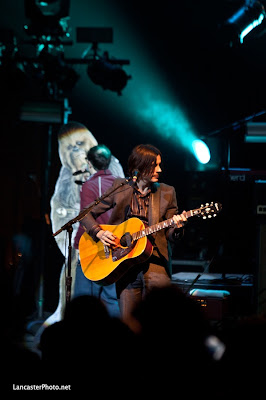 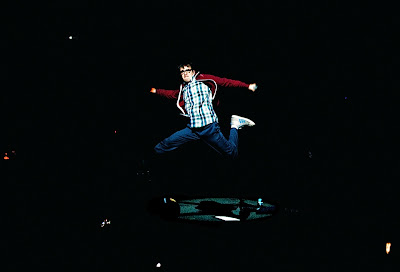 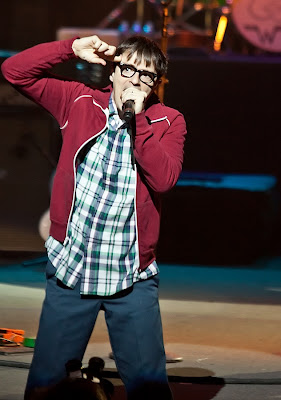 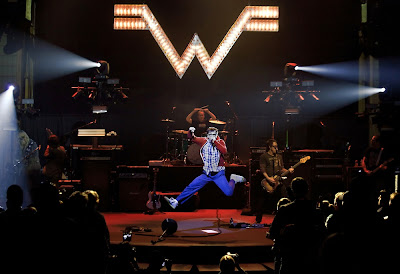 Posted by Lancaster Photography at 3:21 PM No comments: