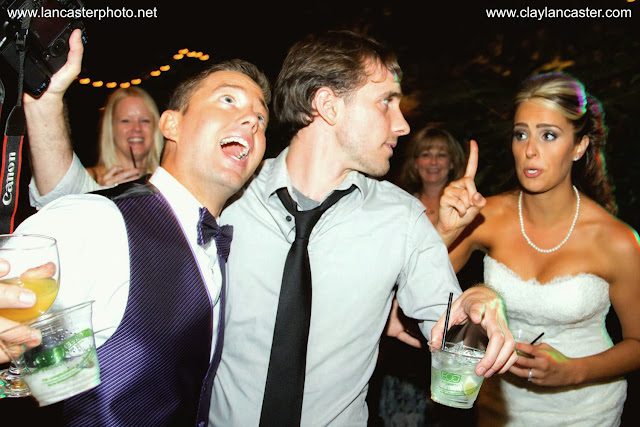 Very thankful for the year we've had here at Lancaster Photography. We met a lot of fantastic people, were welcomed into a lot of family circles, spent time in many photo pits, and traveled around the US and the world... all because of the lens and being decent at using it.

Personal thanks to all my clients from this year for choosing my work (which even included Sony Music Entertainment and Ben Folds), huge thanks to my 2nd shooters and assistants, and to the staff at theFIVE10 Radio.

A very Happy New Year to all of you!

www.claylancaster.com
www.lancasterphoto.net
Posted by Lancaster Photography at 2:39 PM No comments:

Last night was my 3rd time shooting Megadeth for theFIVE10.com. I learned to play guitar by strumming & picking along with their 1992 record Countdown to Extinction, so it's always a big deal for me to bring my camera to these shows.

Enjoy! All photos by Clay Lancaster (Lancaster Photography). Click an image to enlarge. 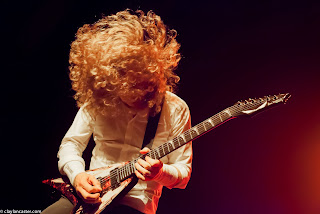 Posted by Lancaster Photography at 6:22 PM No comments: 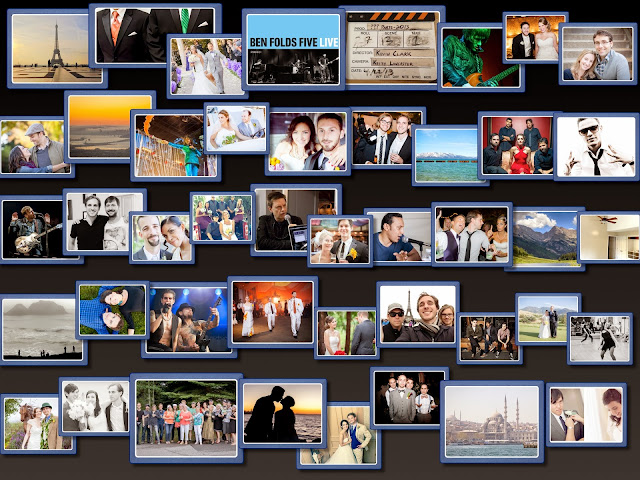 I was organizing and preparing for the end of the year, when I realized how awesome 2013 was for my photographic adventures. I make my living as a wedding photographer here in the San Francisco Bay Area, but there's a lot more that I've done (and will continue to do) besides weddings.

Don't get me wrong... I love my couples, and I love my job. But if you're a chef and your job is to make pizzas at a restaurant, you don't just stick to making pizzas at home!

To start, this year has been very travel-heavy. Normally I do a bunch of concerts throughout the year, but this time I swapped much of the concert shooting for traveling (and the projects that come with that). Tallying up, my journeys took me to Los Angeles, Las Vegas, Lake Tahoe (twice), Colorado, Florida, Istanbul, and Paris (twice)... plus all the local outings to wedding venues here in Northern California.

Some of the main highlights:

Paris, France: Worked on an independent film with my brother and a wonderful cast & crew. Crazy experience, and required two trips out there to get it filmed (once in April and once in October). See all my previous posts documenting the trip, if you want more details.

Istanbul, Turkey: After our first round of filming in Paris, I headed to Istanbul by myself. I had never been to that part of the world before, and it was my first trip to another country alone... where I ended up shooting a hip-hop video for a Tunisian rapper/DJ in a dingy basement, with real blood donated by our video's "director" (we couldn't find fake blood)...

Las Vegas, Nevada: Brodie (of the Brodie Stewart Band) few me out with him to meet up with Faith Hill's guitar player, who plays on Brodie's upcoming record. We shot some great interview footage, then had a couple of nights hangin' out with those guys (and some of the stage crew for the Tim McGraw/Faith Hill show at the Venetian). All of it topped off with free tickets to the Tim & Faith show, and my own entire row of seats on the plane coming home for me to stretch out on.

Ben Folds Five: The most rewarding moment of 2013 for me was getting my photo on the front cover of Ben Folds Five: Live, which is the first-ever live album for the band. I've been a huge fan of Ben Folds Five since high school, and once I heard their 12-year hiatus was over I pushed to get photo access for their show at the Warfield in San Francisco on their reunion tour. I was just thrilled to even go to the show, let alone shoot photos. But a couple of months later, I get a call from their people and BOOM!... there's my photo on the record cover (released by Sony) and can be found in stores all over the world. Pretty cool to see "Clay Lancaster" on the CD insert, and on the back of the vinyls.

The rest of the year was filled with wonderful weddings, trips to visit family and friends, some great shoots and celebrity guests for theFIVE10.com, AND I bought a condo... so I am now a first-time homeowner.

On January 1st of this year I didn't see any of those previous events on the horizon, so I can't wait to see what 2014 will bring. It's gonna be pretty hard to top what happened this year... but, of course, I said the same thing last year.