Back Home and Not Slowing Down

This post is gonna have a lot of photos. So bear with it. Although, I am a photographer... so maybe you should expect it.

After 3 weeks in Paris, we were able to wrap all the filming we set out to wrap. Long days, lots of wine, but a ton of fun. Very glad I decided to join the project.


We even had a few days left to take a toy remote-controlled boat around the city and drive it in some famous waterways (at the Louvre, at Luxembourg, in front of the Eiffel Tower, etc).

After saying our goodbyes to all the wonderful people involved, Kevin went back to Los Angeles, my brother Keith left for London, and I caught a plane to Istanbul.

It was my first time in another country by myself, and was quite an adventure. If you've been keeping up on all the news lately, Istanbul is the center of an uprising that is involving a lot of police brutality. It all started a couple of blocks from where I was staying 3 weeks ago, so it's weird to see all these places I recognize on the news.


Among the people I met over there, I got to know this rap artist from Tunisia. He liked that I did camera work, so we did a small photo shoot on the Bosphorous waterfront one evening: 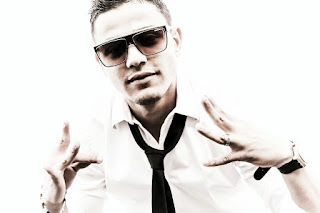 After sharing a bunch of beers on a rooftop night after night, looking at the river, he and an employee of the hostel (where I was staying) came up with a music video concept and asked if I'd film it. I figured "why not?" and it was certainly an interesting day. 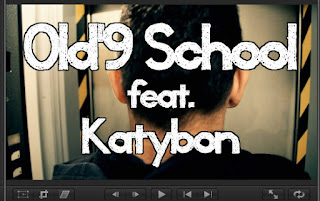 After a good 17+ hour travel day, I finally arrived back in San Francisco after being gone for almost a month. My new condo was still packed away in boxes, so I immediately set to work getting my new home set up. I still need some sort of blinds for the sliding glass door, but the rest is pretty much good to go! 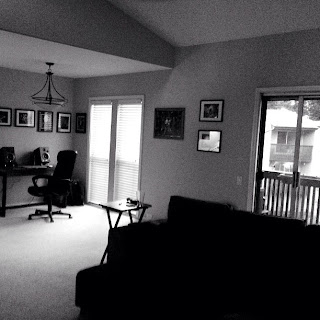 My first endeavor back in the States was shooting the Napa Bottle Rock Music Festival. We interviewed a lot of cool people on theFIVE10.com, including Jeff Ament of Pearl Jam, comedian Jim Breuer, and some of the cast of the Daily Show.

Then I jumped straight into wedding season, and have had some wonderful couples so far. I have a LOT of editing to finish: 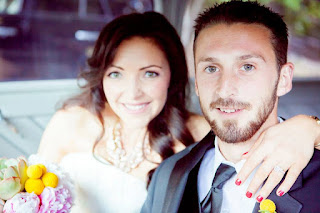 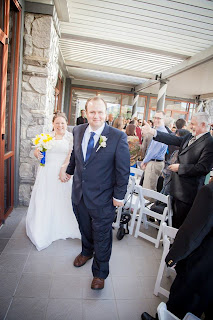 Finally, yesterday was the international release day for Ben Folds Five: Live, which showcases a photo of mine on the front cover. I'm thrilled to be a part of it, as BF5 has been one of my favorite bands for about 15 years. I see my photo popping up all over the internet... iTunes, Amazon, Target.com, blogs, magazines, etc. It's crazy.

Ben Folds retweeted a photo from Japan that shows a big in-store display: 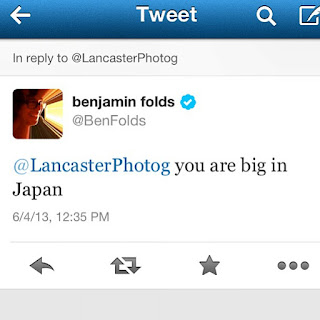 We're almost half way into 2013 and this year has been nuts for me, but really exciting. New home, new travels, new people, new accomplishments, new projects, new clients... and this is also shaping up to be the best year for my business since I started it.