Dallas - Over the Edge, and a Return to Rock N Roll

It just clicked into my head right now that I am apparently horrible at marketing and publicity sometimes. Why? Because I've totally slacked on promoting the band Dallas. 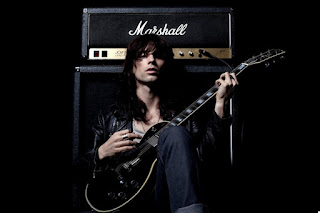 Dallas, the brainchild of San Francisco Bay Area Bryan Dallas, has been a best-kept secret for years until last month. The EP Over the Edge hit iTunes for public ears.

Keep in mind, this is for fans of straight up rock n' roll. Wailing vocals, soaring guitars, and larger-than-life songs. The way it used to be done, and the future release of this indie rut we've been stuck in for way too long.

Since I started my new life as a self-employed creator, I've been so fortunate to meet no one but talented, inspiring, and kind people. One of them happened to be Bryan Dallas.

I had heard pieces of what was to become Dallas through the grapevine, and this guy agreed to meet with me about media. We met up at a bar, which turned into drinks and talking until 5am back at the studio. For the next year, we bounced ideas back and forth and created numerous drafts of various things.

This spring it was apparent that the EP release was imminent. With some deadlines set by his management, we jumped into a 10-12 hour-per-day routine at Dallas Ranch... which involved basically notepads, cameras, laptops, and booze. And the occasional bonfire with other photographers and musicians. 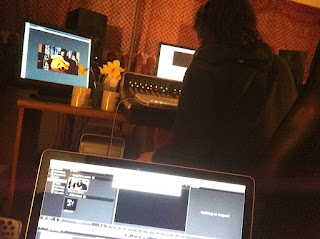 There's a lot coming your way, and I'm proud to be a part of it. Keep an eye out, because Europe has already acknowledged what we're about to show you. Don't say I didn't warn you.

Here's one of the tracks with a simple lyric video that we put together:

Enjoy, and you'll be hearing from Dallas very soon.

After 13 years as a band, Thrice are in the midst of their final few shows before taking an indefinite hiatus. They were gracious enough to stop and spend some time with us at theFIVE10.com before their sold out show last night at the Regency Ballroom in San Francisco.

Here are a few photos!

Posted by Lancaster Photography at 10:08 PM No comments: