First off (it was finally announced, so I can talk about it now) one of my favorite bands of all time, Ben Folds Five, is releasing Ben Folds Five Live... their first-ever live album on June 4th. The coolest part (for me) is that they got a hold of me to license one of my photos from their tour this past January, so now my work is featured on the album cover:

Secondly, filming has been extremely successful so far. Some long days in there... lots and lots of walking & train-hopping around Paris, lugging video & audio equipment everywhere we go, shooting in the rain, etc. But last night we managed to wrap all scenes that involve our lead actress, Ms. Barbara Probst (good luck trying to read her wiki if you don't speak French). We've lovingly renamed her to "Blahblah".

After filming all day yesterday, we celebrated with a large dinner for cast/crew/friends and a lot of wine. Like, a lot. Some of us are hurtin' a little this morning.

Enjoy some candids from filming so far!


Posted by Lancaster Photography at 3:54 AM No comments:

This phase of 2013 is a slight departure from what I am normally involved with.

My brother was hired to shoot a film in France, and haphazardly sent me a text message one day saying, "Hey! you should come to Paris with me and be my AC (assistant camera operator)"... to which I thought for 2 minutes and replied "...ok, I'll go."

It was that random.

So over the last couple of weeks I've been in the process of moving into my new place, had a wedding to shoot, and filming & editing for another video project... all while planning a trip overseas. A month-long trip, no less. 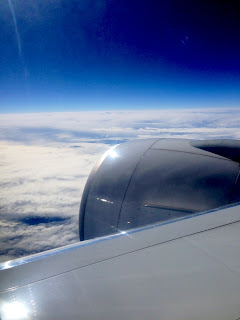 With a bag (full of clothes and equipment) and a backpack (with a camera, lenses, laptop, chargers, hard drives, etc.) I caught an 11-hour flight to Paris earlier this week to meet up with my brother and our writer/director, who were coming in from the first round of filming in New York. 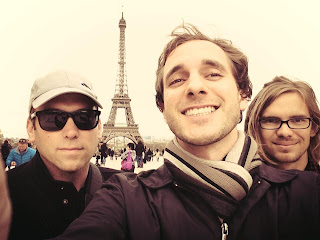 We are staying in Gentilly, in an art studio owned by Keith's friend Jonathan (an artist/art-history professor here in France). Each room is full of giant canvases, sculptures, prints, lithograph equipment, paint, and chemicals.

Sprinkled in are laptops and power cords. There's even a full (real) human skeleton assembled in a wooden closet in the room where I sleep: 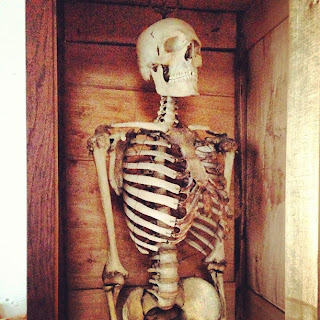 We have 3 weeks total to write multiple drafts of the script, cast our actors, run rehearsals, plan shooting schedules/times, and scout locations. Our days so far have consisted of a LOT of walking around Paris and jumping from train to train, with our "down-time" being filled with script revisions and read-throughs. We have cast our lead actress already, but still need to fill a few other roles.

It's an experience, for sure. Sometimes tiring and stressful, but so far it's been a lot of fun. Filming starts tomorrow. 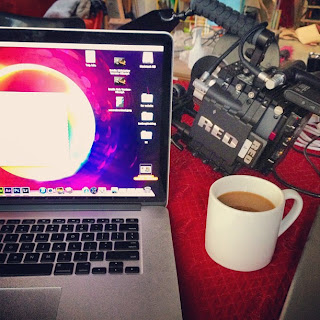 Posted by Lancaster Photography at 9:21 AM No comments:

It's been nuts lately.

I just wrapped editing for 3 wonderful weddings. I was flown to Las Vegas to work with a country artist on a video project (the guitar player on his record is also the guitar player for Tim McGraw and Faith Hill), finishing the rest of the video shooting and edits this week, shooting a wedding next weekend, and then flying to Paris two days later to work on a film with my brother.

THEN, after 3 weeks of filming, I'm headed to Istanbul by myself... just because.

...oh, and somewhere in there I have to move from my apartment to the condo I just bought. Ugh.

My good buddy Todd is a painter, and graciously took a day off work to help me paint my new place. 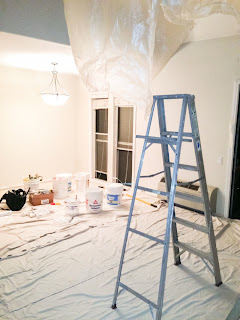 ...11 hours of painting, sore/swollen hands, and 150lbs of paint. Here are some before/after photos:

It's my first time as a homeowner, and as you can see I decided to spice it up a bit.

So what about the rest of my activity?

Well, I went to Las Vegas to work on a project with this guy. Was treated to too many drinks and a little VIP action in the process:


I also did some lovely wedding work, like this: 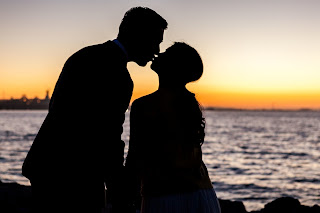 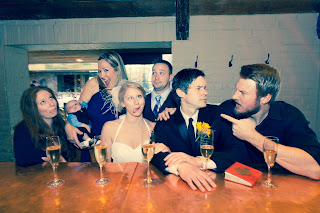 It's been fun. And stressful. But I think a new life starts soon!

Hope all of you are well :)

-Clay
Posted by Lancaster Photography at 3:52 AM No comments: