I managed to hang out with members of New Montgomery, Tracing Figures, Pine & Battery, Jealousy Curve, The Memorials, and Mars Volta all in one day. My friend and former drummer had his CD release show with Tracing Figures last night in San Francisco (photos to come), but I gotta say the biggest opportunity was taking a quick trip to an Oakland studio to do some promo work for ex-Mars Volta drummer Thomas Pridgen and his current band, The Memorials.

Their upcoming record is a mix of hard rock with grungy riffs and female soul-style vocals, and is being independently produced with distribution from Universal Records. 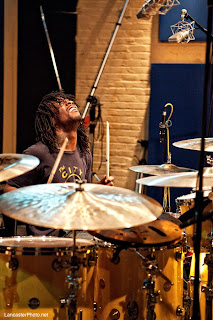 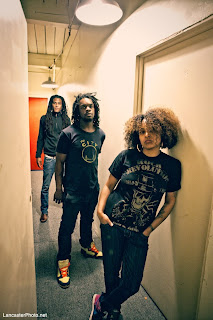 The Memorials music can be found here, and the other bands I've mentioned can be heard at the links below.
Jealousy Curve
Pine & Battery
Tracing Figures
New Montgomery
Mars Volta
Posted by Lancaster Photography at 4:01 PM